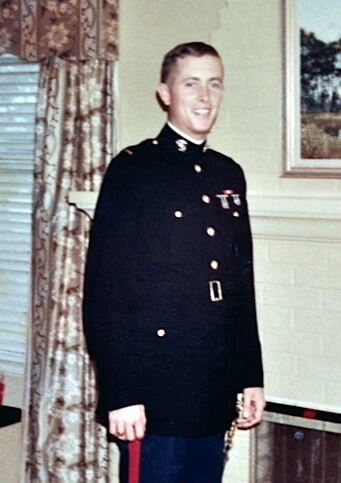 “What I paint and why I paint is a result of my past and continuing experiences.

“I was a fun, sensitive, angular sort of kid with a bit of rascal thrown in. My interests were in music, not in art; that appeared much later. Any creative musings were shut down as I graduated from college…with the draft and war in SE Asia looming on the horizon I made a life-changing decision and opted for OCS in the US Marine Corps. Short story long, I survived 13 months as a combat commander in Vietnam, was ultimately released (as a Captain) from my active/inactive duty obligations and in late 1969, morphed into a civilian.

“My post-war thinking prompted me to aggressively pursue ‘living’. In the early 1970’s I left Florida with 3 other non-sailors on a 100 yr. old Danish schooner, and while crisis-crossing the Bermuda Triangle, we taught ourselves how to sail. From the Bahamas we island-hopped into the Caribbean. I stayed in St. Thomas for one year, followed by 4 months in Europe, ultimately winding up in Israel where, with zero cooking experience, I lied my way into a chef’s position at a French/Italian restaurant in Tel-Aviv… but that’s another story.

“This wanderlust culminated with a trans-Atlantic Ocean crossing (from Scotland to Portugal, Africa and then on to the West Indies) with a Marine buddy in a 30′ sloop. The passage from Casablanca to St. Maarten took 29 days.

“By the mid-70’s I was wearying of a life at sea. Having some creative impulses that needed addressing, I packed my seabag and moved to northern New Mexico (Taos) to try my hand at painting.

“After several years of toil, experimentation and thought, things began to come together in ultra-realistic detail on canvas, and to my surprise a career began to develop. By 1979 I was exhibiting with the nation’s leading super-realists (Chuck Close, Richard Estes, Duane Hansen, etc)..I was off and running.” 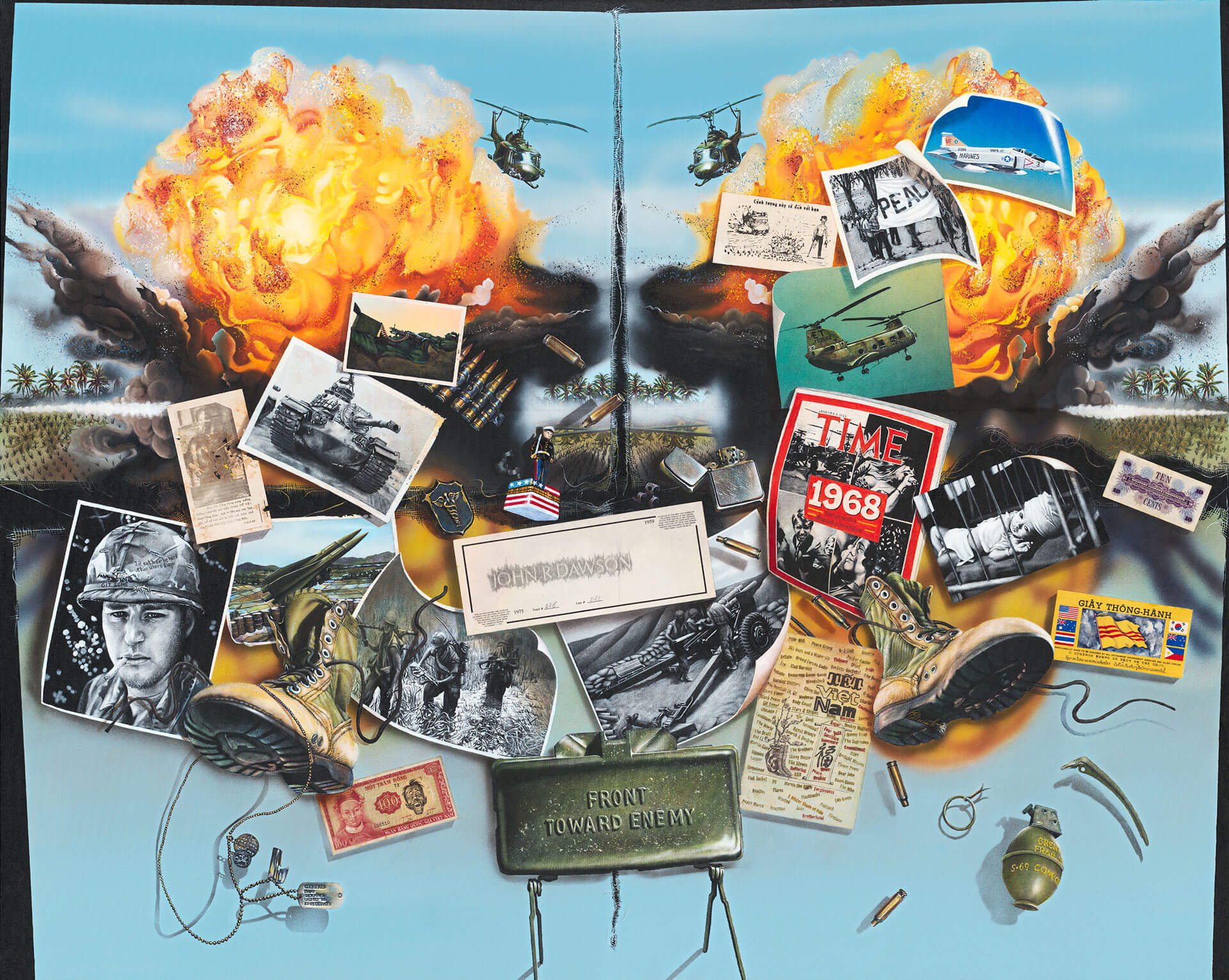 Purchase a print of "Vietnam Elegy" 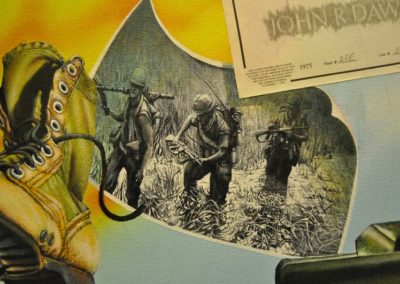 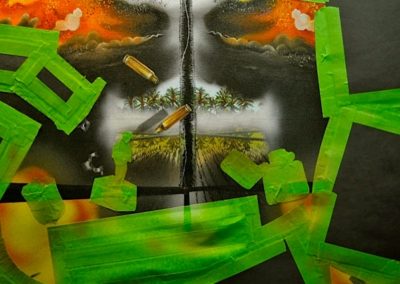 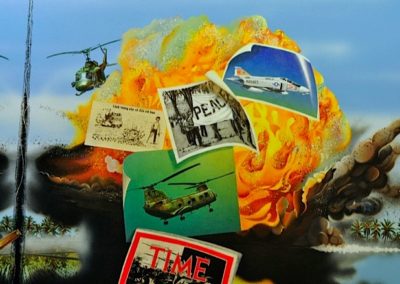 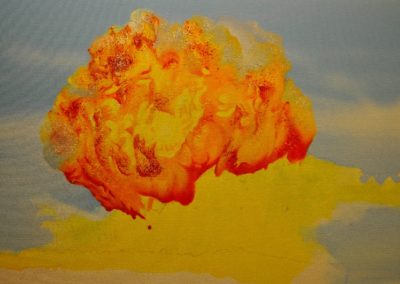 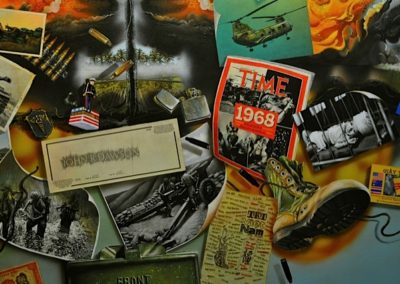 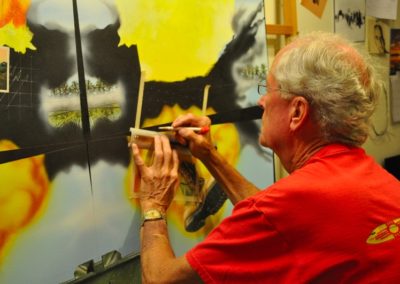 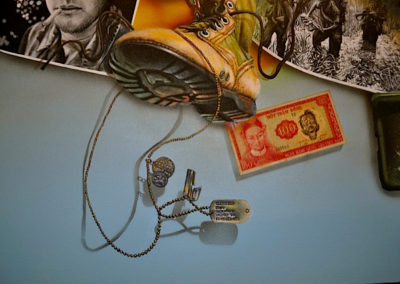 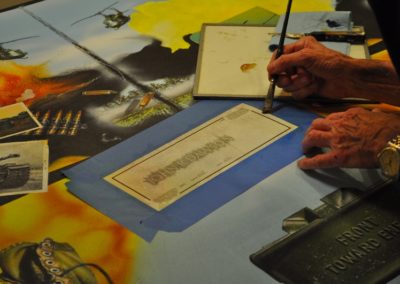 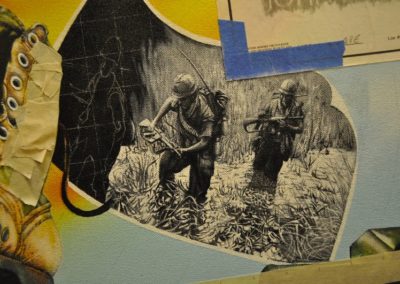